An archaeological excavation is a systematic, scientific process replete with precise measurements and data points, notes, matrices, and maps.  Given the systematic, step-by-step nature of an excavation one can easily lose perspective of what they are digging through.  However, it is important to remember that we are not simply picking through clay and articulating stones.  At ancient Eleon, this clay represents the floor of a room on which people lived, cooked, and ate more than 3000 years ago.  Those stones may be part of the Blue Stone Structure – a very important structure to us as archaeologists now and no doubt even more so to the people who utilized it in the early Mycenaean period.  The pot sherds that seem to appear in every shovel load were the drinking cups and cooking pots of people remarkably similar to those who excavate them millennia later.  These pots were crafted with human hands the same as ours, just as these walls were built, and hearths were formed.  Our job is to excavate these features in order to gain a greater understanding of this site and how these people lived, but we cannot in good conscious do so in a vacuum.  These remains did not spring autochthonous from the earth.  They are left as the shadow of house-guests and mourners who lived, died, and were buried here.  We are well served to keep this in mind as we excavate, and to treat these remains with the interest and immense respect they deserve.

As my first excavation, EBAP has afforded me the experience of opening a Mycenaean tomb, holding the bones of these people, and the grave goods with which they were buried.  This along with the experience of excavating in a late Mycenaean household has created a connection with this site and the people who inhabited it which I will feel for the rest of my life.  A connection which I hope I will be lucky enough to have the opportunity of exploring further as I move forward in my education – and hopefully career – in Greek archaeology.

Thank you to the amazing group of students, other excavators, supervisors, staff members, and directors for making EBAP 2017 the experience that it was.   Ευχαριστώ παρα πολύ Stavroula for the great lunches.  And a special thank you to co-director Brendan Burke for being such a great instructor and friend over the past six months that I’ve been in Greece with the UVic semester in Greece program, EBAP, and the period in between. 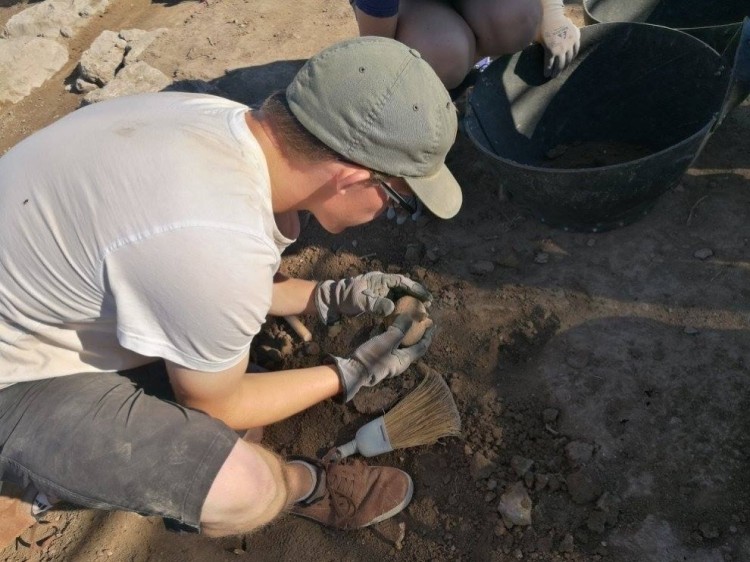