Once again, we excavated at the site of ancient Eleon in the village of Arma, in central Greece, from May 28 until July 8, 2017. This project is co-sponsored by the Canadian Institute in Greece and the Ephorate of Antiquities of Boeotia. Our partner is Dr. Alexandra Charami. For six weeks, approximately 30 students and professionals from Canada, the US, Italy, and Greece worked through heavy rains (first three weeks) and extreme heat (last three weeks). The team was an equal mix of first-timers to the project and experienced old-hats. As we have since 2007, we lived in the sea-side community of Dilesi and made the 20 minute commute each morning to the agricultural town of Arma surrounded by rolling fields of grain, olives and vineyards.

Fig. 1 The view from ancient Eleon toward Euboea.

Ancient Eleon sits on the elevated plateau to the west of the town of Arma, toward the major city of Thebes. The key to its success in antiquity was probably its location: good water sources nearby and it was on a strategic route that connected Thebes with Chalkis and the Euboean Gulf to the east, and Athens to the south.

We had good success this year, continuing work focused on a complicated burial structure. The remains of several individuals who died in the early Mycenaean period (ca. 1700 BC) were uncovered. Excavating bodies is sensitive work – the remains are extremely important and often very fragile. The work is done by experts who know every part of the human skeleton. They also have great patience and strong knees! Because the work is so slow and difficult it gives us pause to consider how working on an archaeological project is (and is not) like the ‘real world’.

A good attitude goes a long way! All team members live together as guests of our Greek hosts, who are famously hospitable, but we are always reminded during the season that we are not really ‘at home’: Our schedules are locked-in; we share accommodations and meals; we commute together. Finding time alone, away from the project is difficult, even on our one day off each week. So in this sense, excavation work is different from taking a summer course, internships, or most summer jobs: Over the course of six weeks, there is no escape!

There are, however, aspects of an excavation that are very much like the ‘real world’ and it can prepare students for a variety of professions. Our work requires organization, communication, and collaboration. 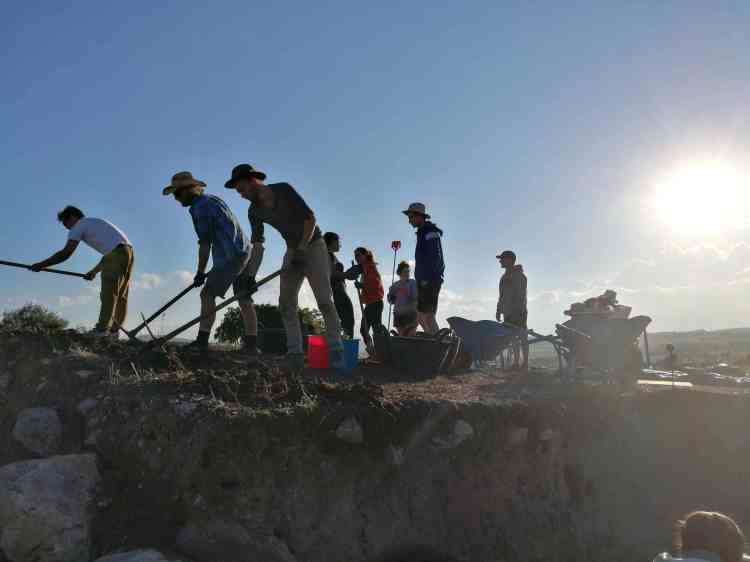 In terms of organization, as project directors our experience leading teams of fieldworkers in Boeotia, since 2007, has helped greatly. We can predict with some accuracy how students will feel challenged after working extremely hard in the intense heat. We take many precautions, stressing proper rest, copious amounts of water, and healthy and abundant food. We have learned that, like Napoleon’s army, an excavation team travels (digs?) on its stomach. We have participated in and observed projects where food is either terrible or in very short supply. Even if this saves projects money, to us this make little sense because the pay-off from happy, healthy, and strong workers is obvious – their excellent work! This explains why meals occupy a large place in our budget and in our planning.

Fig. 4 Nightly dinner by the seaside.

A good excavation also depends highly on effective communication. With a large team it is vital that people know what they are doing or expected to do throughout the day. Even though we are a large group everyone plays an important role. One of the daily tasks for the directors is to make a plan for the next day, to maximize the effectiveness of our resources (people, time, equipment). We also realize that people want to get experience in a wide range of tasks, and that some jobs can be more interesting than others, and so we make an effort to share experiences. Each day we have a set number of seats in the cars available and so, like the ancient Pnyx, we make sure every seat is full before the day’s work begins. This allows us to keep track of our team as well. Some remain in Dilesi helping with data entry and the processing of finds. Others go to the apothiki in Arma and work with conservation, drawing, and ceramic study. The majority of the team comes to site and are further divided into work groups led by trench supervisors. Often there is just not enough people for all the jobs we have at hand. 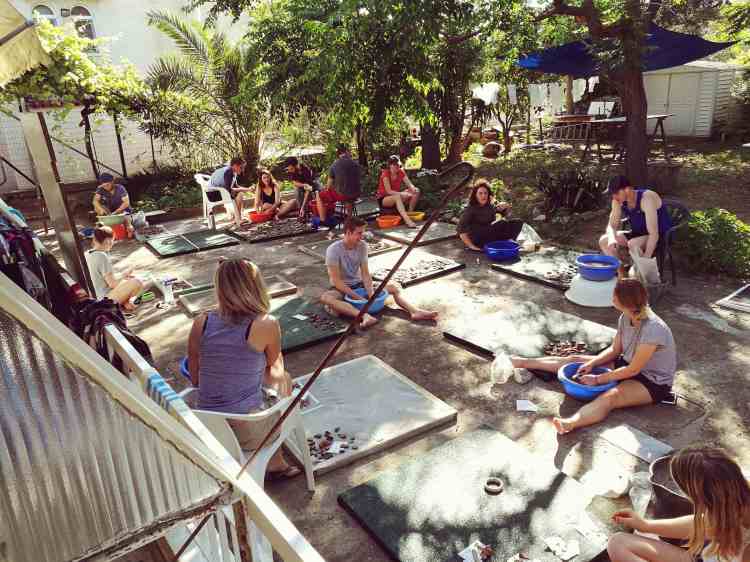 Our project is classified as a synergasia which is best translated as ‘collaboration’, between the Canadian Institute in Greece and the Ephorate of Antiquities of Boeotia. Our project depends on the contributions of our Greek partners Drs. Alexandra Charami and Kiki Kalliga and their colleagues, for official permits and documents to collegial discussions about archaeological materials found elsewhere in Boeotia. The official synergasia, however, only begins to explain how our work is collaborative: First, the two co-directors (Burke and Burns) teach in Canada and the US, so our teams our primarily from the University of Victoria and Wellesley College. Often the project is a unique experience for students to work closely with other people who are seemingly similar in some (but not all!) ways and yet they are from different countries. We also rely on collaboration with our Greek friends in Arma, Schimatari, and Dilesi. When we need a specific piece of equipment or a custom-cut piece of lumber, for example, we know whom to ask and our partners are always willing to help. The owners of a local hardware store (Marinos http://marinostools.gr/) even took the entire team out of dinner one evening this year to express their appreciation, not just of our business, but because of friendship and our shared interest in trying to better understand the history of this great country.

For us, collaboration, along with communication and organization, make our excavation what it is. We hope our students learn the importance of these aspects and can apply them to all parts of their lives whether they continue in archaeology or move on to some other professional field. 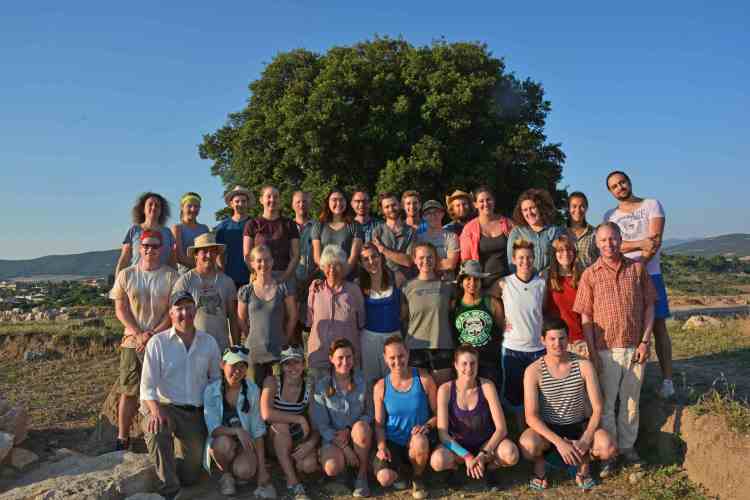