The journey of a pottery sherd from the ground into its final place, whether as a single sherd or reunited with the rest of its vessel is a long and emotional one, so it would only be fair to let the sherd write the story: 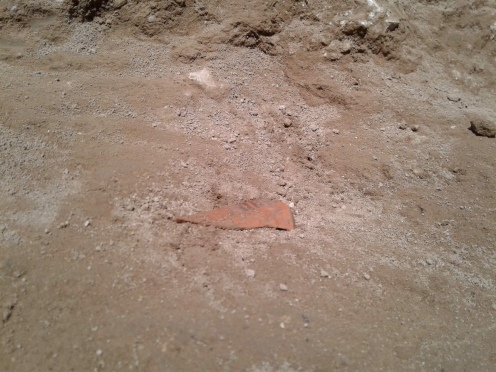 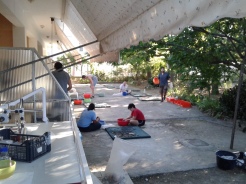 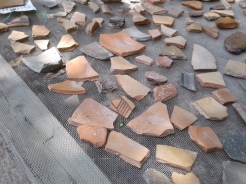 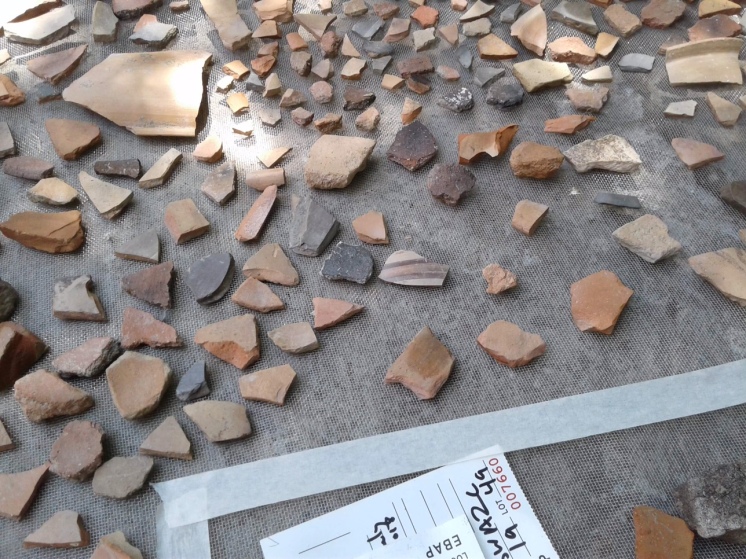 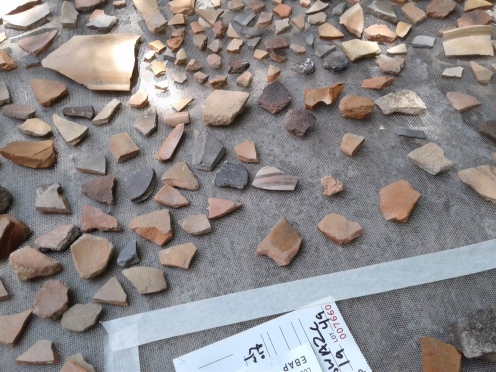 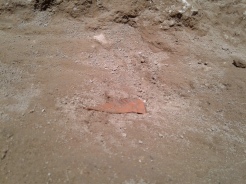 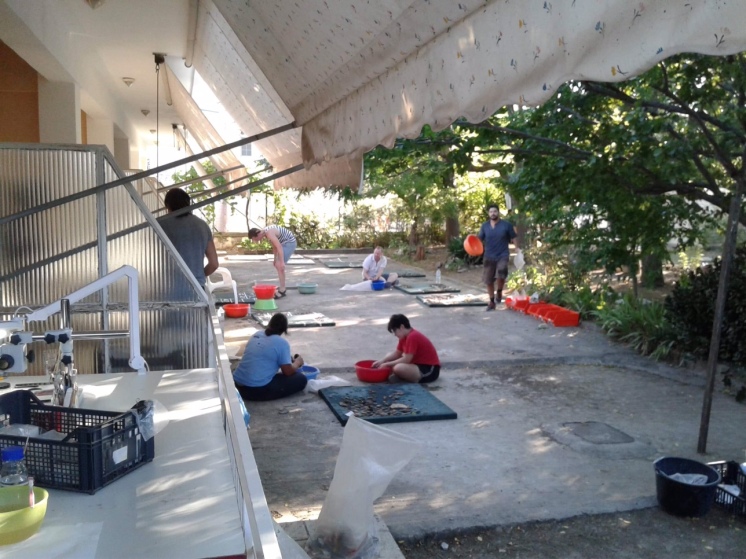 “Hello, my name is Minyas, and I am a sherd of Minyan ware from the site of Ancient Eleon! I have been asked to tell the story of my discovery to give people a good sense of how pottery is processed and examined systematically at EBAP. My journey began when I was discovered by an excavator, who are usually a bit newer to archaeology, possibly an undergraduate student studying Classics or Anthropology. Luckily, Eleon’s directors and staff train their students well, so they know how to safely extract artefacts like me out of the ground. I was found when an excavator swung their pick into the ground, far into the earth they aimed to excavate, and then took a sizeable chunk off the surface. This way the chunk, like the one I was embedded in, could be safely broken up and any artefacts inside were preserved and not broken. Other sherds I have known have been extracted after they’ve been seen by diggers and carefully brushed. After brushing, they can be excavated within their context and picked around, being lifted out of the earth and preserved as well. Following my discovery, I was put into the correct bag by the trench supervisor, which was nice because it was with the other sherds from my context, whom I have been around for roughly 3500 years. I am happy that I was able to be taken out of the ground without any modern damage! The next step was for me to be brought to the sherd yard.”

“Once I made my way into the sherd yard, I was under the eye of the yard supervisor. They told the excavators, who had rested after an early morning and good day of work on site, to start washing sherds. I was then dunked in a basin of water and brushed to get all the dirt off of me. Since I am made of a durable clay, I welcomed the bath, but I am sure others, like bone or metal wouldn’t react well to the harsh bristles. After I was scrubbed, I was set down with the rest of my locus and lot for drying, with diggers making sure our tags were close by so we’d stay together all the way to the apothiki and it was always known where in Eleon we came from. After a whole day of drying in the sun, I was ready to go back into a bag, since moisture or condensation would have broken my fabric down. Once bagged back up with the other sherds, I was taken to be sorted. Sorting is done to make the pottery expert’s job a little quicker, as the sherds are separated into pieces that could easily make joins, like painted pieces and diagnostic features like rims, bases, or handles. Sorters sort the sherds into painted and unpainted fine pottery, as well as coarse ware, divided into sherds used for cooking and those for storage. After being counted, the sherds are weighed to give the apothiki a good idea of how many are in each bag. Being a piece of Minyan ware, I was put into the unpainted category, however since I am a fragment of a rim, I was separated because it would be easy to join me with the rest of my pot. So I was put with the rest of the unpainted features, although I still got to stay with the rest of my context as a whole. Then it was off to the apothiki to see if I could be of value to the pottery experts!

The apothiki is close to the final stage of my discovery and analysis. Once there, my bag is poured and spread out into our categories. As Minyan ware is quite important to Eleon, myself and the rest of my fellow Minyan sherds are also grouped together. This allows the archaeologists specializing in pottery to see if there are any surprising or interesting sherds in the group, as well as to see if they can match sherds and try to recreate the vessel they were originally with. In my case, I got the privilege to be selected as one of these sherds because it seemed like I matched with a group of sherds from another bag. To make sure my context wasn’t lost, I was numbered so when looked at, I could be associated back to my original bag. After enough sherds from my original vessel were collected, I was handed to a conservator, who gave be an acid bath to get any cemented dirt off. After drying, they used special glue to reunite me with my original pot and the sherds that made it up! I was finally with my family, and not only did I look amazing because of the care that went into each phase of my excavation and preservation, but I also told the archaeologists who found me lots of information, like the age of the trench I was found in, as Minyan ware was used in a specific period known as the Late Helladic I Period. I also told them which contexts were associated, as parts of my pot were found in different sets of locus and lot. I was very glad to see the rest of my pot and help give information about the time and age in which I was made to the modern world!